Mr Booi was appointed Chief Executive Officer and Executive Director of SENTECH on 15 October 2015. He is the Chairperson of EXCO and attends all meetings of Board Committees and the Board. Prior to that, he was CEO of Z-COMMS. He also worked as a Transmission Engineer for TELKOM and M-Net Limited and later joined Orbicom (Pty) Ltd as a Technology Manager. He subsequently worked as a Councillor for the Regulation of Broadcasting Industry in South Africa after being appointed by President Nelson Mandela to the Council of the Independent Broadcasting Authority.

Mr Leshope was appointed Chief Operations Officer and Executive Director on 1 March 2018. He is member of EXCO and attends all meetings of Committees of the Board and the Board. He joined Sentech in 1998 as a Network Operations and Maintenance Technician being responsible for operating and maintaining radio and television broadcast platforms. He was then appointed by Sentech as a Broadcast System Implementation Specialist being responsible for network solution design. In 2015 he held the position of Project Manager at Sentech being responsible for managing the Broadcast Network deployment projects which included the deployment of the 60% DVB-T2 DTT network coverage in South Africa. In 2011 he held the position of Head: Network Engineering being accountable for Broadcast and Broadband Transmission solutions engineering. His leadership and contribution in Sentech led to him being appointed Executive Operations in 2017 and later the Chief Operations Officer and Executive Director of the Sentech.

Mr Segaloe was appointed Chief Strategy Officer 1st May 2016. He is responsible for Corporate Strategy; Mergers & Acquisitions; Brand & Communication; Socio-Economic Transformation; Stakeholder Relations and Sustainability. Prior to that, he was Managing Director at Onward Consulting Group, over a 13-year period. He was also Head: Economic Policy Projects at Friedrich Ebert Stiftung and Senior Business Development Officer and thereafter HR Manager for microenterprise finance organisation.

He was Director of various companies in the media and entertainment industry. Itumeleng is a strategic leader passionate about knowledge, transformation, entrepreneurship and innovation. He published two poetry books and had a stint as Psychology and English Tutor. 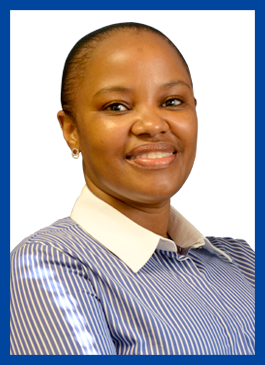 Ms Kgari has more than 20 years public sector experience in commercial executive positions in organisations such as SA Post Office (Regional Sales manager, Acting Group Executive retail outlets) and South Africa Weather Service (Acting CEO and General Manager Commercial). She joined SENTECH in June 2017 as Chief Marketing and Sales Officer responsible for leading the commercial aspects of the entire business, which was mainly Content and Multimedia focusing on business development, product management, marketing and customer service. She has recently been assigned the role of an Executive Broadband to lead and oversee the expansion and transition of the business into the Wireless Broadband market. Ms Kgari has a track record in the development of long-term customer partnerships and leading B2B strategic commercial transactions. 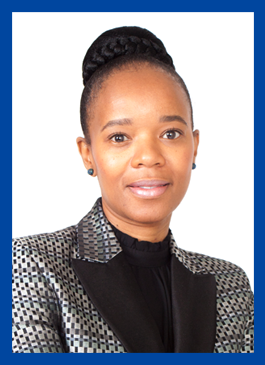 In June 2018, Marlon T. Finnis was appointed Executive Operations and has been in the employ of SENTECH since March 1996. During his 20-year tenure, he has grown both personally and professionally, starting as a Technician and moving up the ranks to becoming the Operations Centre (CO) Manager in East London. His most recent accomplishment was Head of the Western Region. He is also an Engineer and is registered with the Engineering Council of South Africa (ECSA) and is also a member of the Institute of Directors of South Africa (IODSA).

Marlon leads the Operations Division responsible for delivering on SENTECH’s signal distribution mandate. This includes the operation and maintenance of all commercial platforms i.e. TV (ATV and DTT), FM, MW, Connectivity, Satellite Services and overall facilities management. This also includes the performance monitoring and reporting of the network. He is also responsible for the overall human and asset security of the organisation.

Mr Adams is currently 24 years with SENTECH. He is a qualified Attorney, admitted to the High Court of South Africa. Prior to joining SENTECH, he was in private legal practice as well as in the corporate sector. He started the legal division at SENTECH when there was a separation from the SABC.

Over the years he has held various senior managerial positions in different portfolios and has vast experience and expertise in the Broadcasting and Telecommunication sector. He currently oversees the Legal and Regulatory division in the Company. He also manages the Property and Insurance portfolio of the Company. He lectures part-time on various legal aspects relating to working in the public sector. 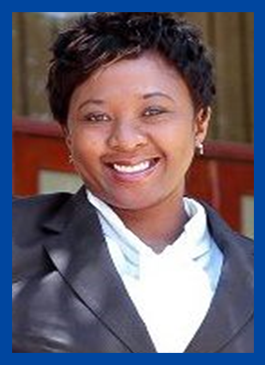 Advocate Matsane is the Company Secretary of SENTECH LIMITED SOC after being duly appointed in that capacity effective November 2018. She is a graduate of the University of Limpopo after obtaining a Bachelor’s Degree in Law, B.Iuris, and an Honors Degree, LLB, where she was also appointed as a Tutor for first year students during her completion of her Honours Degree. She completed the prescribed two (2) Articles of Clerkship with Dinoe George Sekati Attorneys after cession of such from Seun Moshidi Attorneys. She then joined Legal Wise, where she progressed quickly through the ranks from being a Legal Advisor, to Legal Team Leader, then Managing Director of Legal Wise’s Social Responsibility company, i.e. the Legal Aid Bureau, and then Branch Manager of its Randfontein Branch. Advocate Matsane was thereafter successfully appointed by the Road Accident Fund as the Regional Manager for their Randburg, and later, Johannesburg Regional Office. She was thereafter appointed by the Council for Medical Schemes as their Complaints Adjudication Manager. She thereafter served as Company Secretary for the Estate Agency Affairs Board, South African Property Owners Association, Agricultural Services Training Authority, National Home Builders Registration Council and the South African Weather Services before her appointment by SENTECH Limited SOC.

Mr. Kopano Thage is currently acting in the position of Chief Marketing and Sales Officer for SENTECH SOC LTD. He has over 18 years of experience in ICT covering both Telecommunication and Media & Entertainment sectors. His previous role includes stimulating the growth of Data Technologies at Vodacom, ensuring the launch of Virgin Mobile South Africa as the first Mobile Virtual Network Operator (MVNO) by leading the Network technologies for successful service. Prior to joining SENTECH he was managing growth markets for Nokia responsible for business development in the Sub-Saharan region. Kopano’s current focus is in Content & Multimedia and Managed infrastructure services portfolio, ensuring SENTECH customers can reach their audience effectively.